Technically, we're a little late with this post but we've been doing lots including baking, we promise. This week, we decided to try crackers. We're not sure we'll ever try them again though...
We fell in love with an idea from Design Sponge. They're crackers that are shaped like sheep! 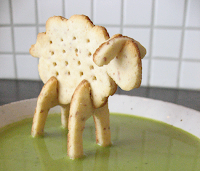 We were especially excited about this because our Grandma had an amazing recipe for zucchini soup and it would be perfect for Easter.
Granted, the process did sound tedious, but lately we've been getting more and more ambitious so we decided to go for it.
I'm sorry to say, it didn't go so well. We cut out a couple of sheep and put them in the oven to see how it was going. 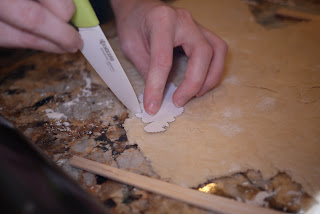 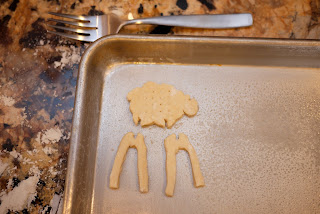 Unfortunately, we didn't roll the dough out thin enough and we ended up with Sheep Shaped dog biscuit sized crackers. That doesn't work so well. We weren't sure that we were fans of the recipe either. So we made one last attempt. Rolled it out flatter, used a cookie cutter for large Ship Shape Crackers, cut out one more sheep and called it done. 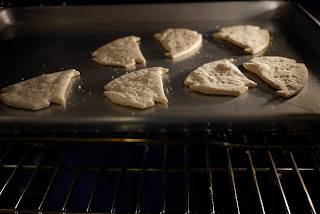 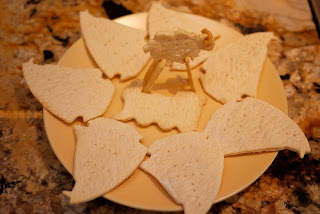 We think they came out alright. Quite acceptable.
We made enough for everyone to have one cracker with their soup at dinner. By the time dinner came along, there were 3 less....a mystery was a foot. The sheep and ship sleuths were on the cracker case. Don't worry the case was easily solved. Our brother in law was the culprit. He said they taste like biscuits that didn't rise and he likes biscuits.
So there is it. We started out for sheep crackers and ended up with ship crackers. Eh, you do what you can. 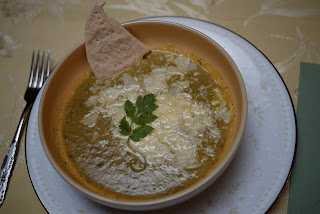 Lessons learned: Crackers are thinner than we thought. We'll want to try a different recipe next time or just buy them. Don't look at us that way, we're only human!
Posted by Erin and Sara Morris at 9:47 PM

Email ThisBlogThis!Share to TwitterShare to FacebookShare to Pinterest
Labels: Crackers