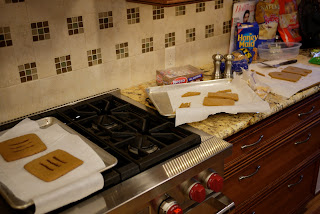 Lessons learned: Simpler is better when it comes to making a gingerbread house. Worry about the decorations and details after you have a standing structure.
Posted by Erin and Sara Morris at 5:44 PM